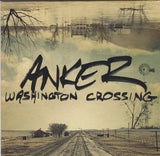 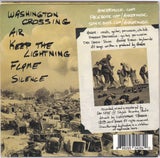 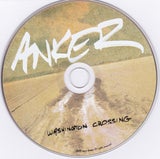 "Washington Crossing (2014 demo)" was released 28th January 2014. Anker gives you a look into his "day job" at the U.S. Department of Veterans Affairs in homeless services. The Mercer County town of Washington Crossing provides the inspiration for the title track in this collection of songs. Washington Crossing is the site of George Washington's crossing of the Delaware during Christmas 1776.

Don't let the explanation of the title track fool you. "Washington Crossing (2014 demo)" is not a political album. It addresses the ease of how life & all that one works for can be stripped away in the blink of an eye.

During this period, Anker begins expanding his performance area into NYC for 16 shows at "Pianos" on Ludlow St, dates in New Paltz, NY & Bucks County, PA. Anker also gets on the airwaves with WPSC 88.7FM (William Paterson University) & the first of many appearances begin on Danny Coleman's various programs (Rock On Radio, RockOnPodcast). A milestone performance occurred during this time on June 22, 2014 when Anker appeared at the NJ State Capitol Complex in Trenton for the NJ350 celebration. During this 8 song set, Anker played "Washington Crossing" & "Flame" with the Delaware & Capitol Complex to his back - perhaps there were many ghosts hearing his music that day.

The music continues to expand from the live solo acoustic performances & includes the 1st appearance of Brandon Broderick - who will soon become an integral character to the Anker studio sound.