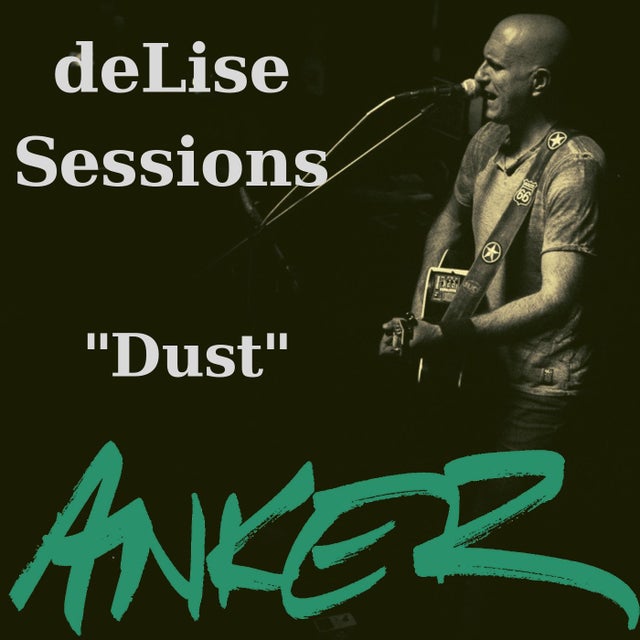 "Dust 2019" was released only as a digital single on 13th September 2019. The single contains a re-recorded & slightly re-written version of the song plus 2 variations: a pure instrumental & a karaoke version with background vocals but no lead vocal. The original early version of "Dust" appeared on "Atomic Sound", however, special circumstances warranted a re-visit to this fan favorite.

Since 2015, Anker attended the annual weekend long Cape May Singer/ Songwriter Music Conference (Cape May, NJ) & the Millennium Music Conference (Harrisburg, PA). These conferences offered educational music seminars & contact with music industry folk working with all levels of talent. Then, in the evening, local venues welcomed all the musicians for scheduled performances.

The conferences offered Anker an amazing networking opportunity with local acts up & down the East Coast gathering at these NJ & PA locations. At Anker's request, both conferences agreed to give him his own venue each year letting Anker open on night 1 & headline on night 2 while being the sound engineer for the 3-4 other acts sharing the stage each night. The performing & open mic hosting gave Anker the skills needed to make people sound good - whether or not they performed well was up to them.

While attending these conferences, a friendship blossomed with Dr. Louis Anthony DeLise of Cherry Hill, NJ (producer, engineer, composer, arranger, conductor, studio wizard, etc.) who worked with Patti LaBelle, Halestorm, Robert Hazard, et al. Anker attended private songwriting classes & coaching with DeLise. Then, one magical evening over dinner, Anker & DeLise agreed to work together on recording. DeLise provided much needed constructive criticism. He guided Anker through rewrites of "Dust", "Moments" & several other songs that never got the chance to be (re)recorded. Just as the Covid19 pandemic hit in March 2020, 2 projects were completed & 1 more had to be finished elsewhere.

-"Dust" is a song about resiliency, letting go and moving forward. The lyrics explore what we choose to turn away from. The song is easy to relate to with universal lyrics about turning over a new leaf and moving forward. In "Dust" Anker puts words of wisdom to music that we can all use and relate to. Sometimes, things don't work out the way we had hoped, but we can move forward. With strong melodies, a soft-rock vibe, and Anker's smooth vocals, you will find yourself blowing off the dust of disappointments while embracing the present which offers great music by a great artist.