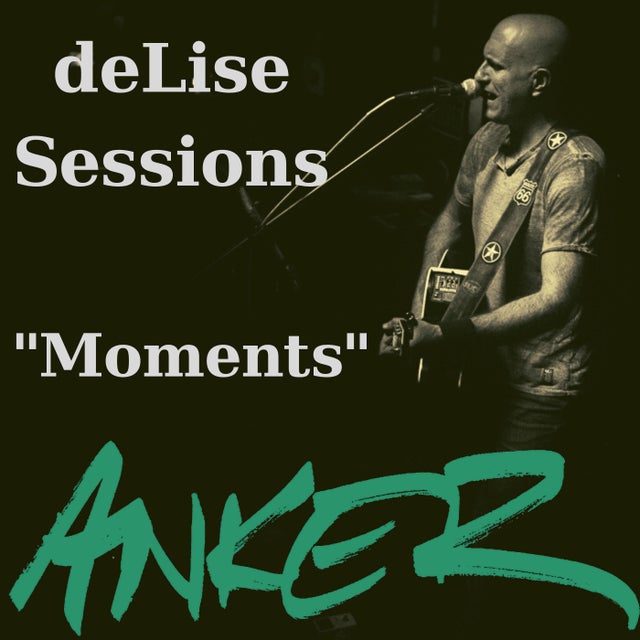 "Moments" was released online as a digital single on 25th February 2020. The single contains a re-recorded & significantly re-written version of the song plus 2 variations: a pure instrumental & a karaoke version with background vocals but no lead vocal. The original early version of "Moments" appeared on "Deliver Down (2012 demo)", however, special circumstances warranted a re-visit to this fan favorite.

"Moments" is the 2nd single & final song in the "DeLise Sessions" series. DeLise welcomed Anker as a student & client after meeting at the Cape May Singer/ Songwriter Music Conference (Cape May, NJ) & the Millennium Music Conference (Harrisburg, PA). These conferences are mentioned in greater detail in the notes for the "Dust 2019" single.

"Moments" is a song that was around long before it debuted on the "Deliver Down (2012 demo)" CD & might be Anker's most well known song. Traditionally, this song ends a set encouraging audience participation as it communicates such a positive uplifting message.

"Rise Up - Make it Everlasting" sung at a Hurricane Sandy benefit. "Rise Up - Everyday" sung at the Concert Across America for smarter gun control legislation.

"Rise up - Make it Everlasting. Rise Up - Everyday" became a favorite for the Bayard Rustin Center for Social Justice in Princeton, NJ during their Pandemic online music programing. The Center is a community activist center, educational bridge & safe space for LGBTQ youth, families & all beautiful things that make us diverse.

It was an honor for Anker to share programing with the likes of John Easedale of Dramarama & former U.S. Senator Al Franken who made their presence & support known for the Bayard Center for Social Justice with their participation in the Center's pandemic online music series.

-In "Moments" Anker has written an exuberant & life-affirming song that will capture your heart & your ears. Displaying deft songwriting skills in the highly memorable, catchy chorus, passionate & expressive vocals that retain their inviting & down-to-earth quality, tight musicianship with excellent background vocals. "Moments" is a musical moment to treasure and experience over and over again.